Respected vocal coach Roger Burnley has plenty of first-hand experience with voice maladies and he’s got essential advice for you on how to meet these challenges.

Many years ago, that was a question I had, because I suffered with severe vocal problems. When this was occurring, it was when I was only doing a few sets per month of about 45 minutes in length. I didn’t think that was very much time, so I should not have been losing my voice, getting hoarse or having pain in my throat after a show. I knew in my heart that if this continued, I could never expect to tour or even do more than one show in a week! You see, after each show I would not even be able to speak the next day, let alone sing.

I was so frustrated that I began looking for help in any place I could. I went to many different vocal coaches, but none seemed able to even identify the problems I was experiencing. They couldn’t give me anything to correct it.

As fate would have it, I happened to stumble upon a seminar on vocal health that was offered by an ear, nose and throat doctor in Beverly Hills, CA. It was a free seminar, and since I was desperate, I thought it might be a good idea to attend. The expert was Dr. David Alessi. He told us that he was doing this because he had worked with so many stars in music, acting and public speaking and saw first-hand the devastation that poor vocal habits could inflict on the voice—and these can end careers if they are not corrected.

At this point, I had begun to discover many things about the physiology of the voice, or how the voice is supposed to work. I

struck up a conversation with Dr. Alessi, who was impressed enough with my knowledge to offer to take me even further. He began to refer some of his patients to me who had experienced vocal damage and were in need of rehabilitation. Most times, the vocal problems could be corrected with surgery or drugs, but those solutions might only be temporary if the patient does not change the vocal habits that caused the problem in the first place.

When a new client came from Dr. Alessi, they would come with a letter that described their condition. The letters were written in medical terminology, which I did not understand at all. Now this was well before the resources we have now on the Internet, so I had to go to the library to research these terms so that I could understand them and come up with an individual plan for each client.

One day, I received a client from the doctor who had been diagnosed with spasmodic dysphonia. I had someone in front of me who had completely lost their voice and could not speak. Now the real work began. I wanted to know how to rejuvenate the voice and keep it healthy. 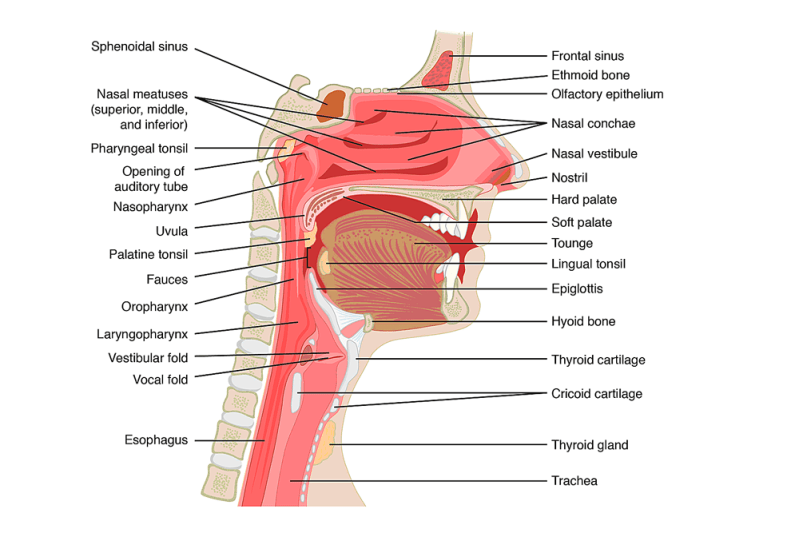 I learned some critical things. There are muscles that cause the vocal cords to open and close for singing or speaking, and if they are not operating correctly, it can lead to major vocal problems. The great news is these habits can also be changed.

The diagram shown here gives you a visual idea of the workings of the voice. It is not necessary to understand all of this, but it is helpful to see where the vocal cords are located. Imagine, beneath them, the muscles that cause the cords to open and close. It is possible for those muscles to lose their memory or simply forget how they are supposed to operate. This was the cause of the spasmodic dysphonia mentioned earlier.

These are extreme cases, but it is the same cause of other vocal problems I have seen, including fatigue after singing, loss of vocal range, hoarseness and sore throats. I have also seen that many allergies, as well as acid reflux conditions, can be related to poor vocal technique.

An important thing to consider is that every voice is different and unique, so any adjustments needed to maintain a healthy voice must take into consideration the specific techniques and vocal production of the individual. Some people have thinner vocal cords. Some people have thicker vocal cords, which will cause their voices to be lower in pitch but can also present other problems because of this. There is always a solution.

In the diagram, you can see that the sizes, shapes, thickness or thinness of any of these structures are all individual and therefore must be adjusted to the individual’s body for proper vocal production and maintenance.

One of the biggest obstacles to maintaining vocal health is the use of the swallowing muscles while singing or speaking. Most people who are having vocal difficulties will discover that they are       engaging these muscles.

To see if you are doing this, first locate your swallowing muscles by putting your thumb under your jaw and swallow. Now try to speak or sing with your thumb in place and notice if they are coming down or engaging. If they are, you might have just located a major problem for you.

I have found that, over the years, retraining the voice with exercises to eliminate the use of those muscles has resulted in my clients no longer getting hoarse or needing to cancel shows. They also have less frequent colds, and in many cases their instances of acid reflux decrease. Additionally, they regain much of the range they thought had been lost. The biggest thing is they begin to feel much more confident in their performances, and know they will be able to sing for the rest of their lives.

ROGER BURNLEY is a vocal, performance and life coach. He believes that everyone has talent and ability needing to be discovered and developed. He guides his clients to gain vocal control, freedom and confidence. Many of Burnley’s clients have gone on to achieve major success in the entertainment industry.